I hope it is another beautiful day! Yesterday we came to the conclusion that a chronological version of what happened on 27 February is needed and here it is. 10 Days ago we were thrown on the street with our six kids from our $3,870,000 Lyford Cay house. And we owe nothing to the bank. And we just need a fair trial. And it is everybody’s Constitutional right. It occurred with violence and cruelty, we were ordered to pack our belongings in 3 hours, by 5.00 pm we were sitting roofless waiting for our friend to pick us up with his truck and drive to the house of another friend who unexpectedly gave us not just shelter, but a house filled with real love and friendship.

Find the good in the bad, but it shouldn’t have happened in 2018, not in this way. Not to us, not toward anyone. Well, we are in much better position then Jewish families during the Holocaust but the method looks to be the same. I am living the pain of my ancestors now….. Obviously, it is nothing in comparison, we are not risking death. But still, our children were beaten, held in a choke-hold, almost suffocated. The Police were there, silent, refusing to protect us, refusing to expel invaders from out property….. and The Court was silent, we were and are still begging them for a date of hearing and we were told “we are not going to hear that”, upon an application that was regularly filed, with all fees paid! Just like that, without providing any reasoning. And the bailiff with the locksmith was breaking our door, the police were there – silent! The Court refused to simply pick up the phone and call the other side and tell them to hold on until the court date. Nothing! It was only thanks to telephone conversations with the Cabinet of the Prime Minister and the office and the Commissioner of Police that the violence was stopped. Sadly it all finished in the hands of officer B.K. Bonamy, Superintendent of the Western District of the RBPF. And so I went through the bitterness and sorrow of seeing my kids beaten and offended, all of that after 3 years of ferocious battle which cost the life of my beloved mother, and us living on charities and friends’ support without electricity for three years. 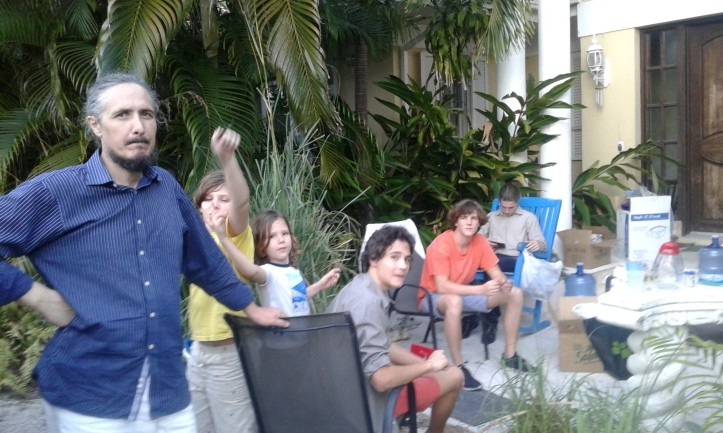